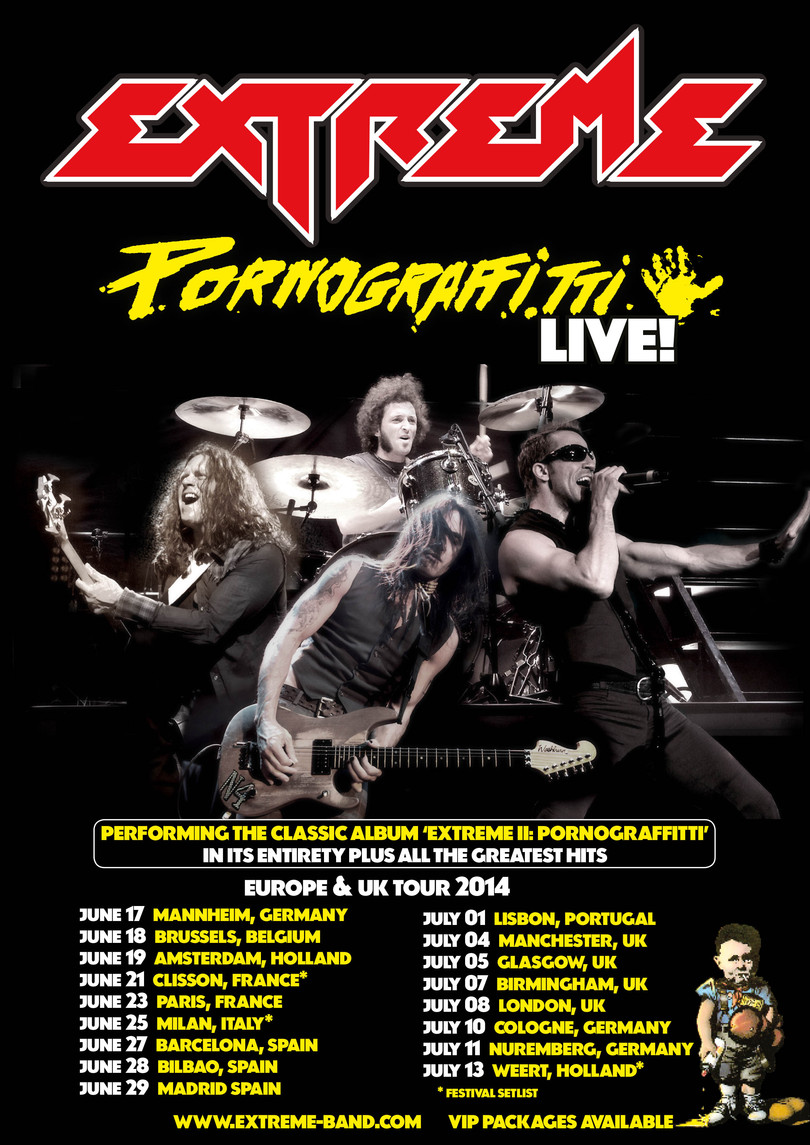 All over the world people loved the song “More Than Words” in the nineties. It was a song by hardrockband “Extreme”. After 10 years the band get disbanded in 1996 and reunited in … 2014!

The band of the two frontmen Gary Cherone and Nuno Bettencourt have been back several times since the last 10 years, but now it seems to be they are back with a so-called “Pornograffity Live Tour.” 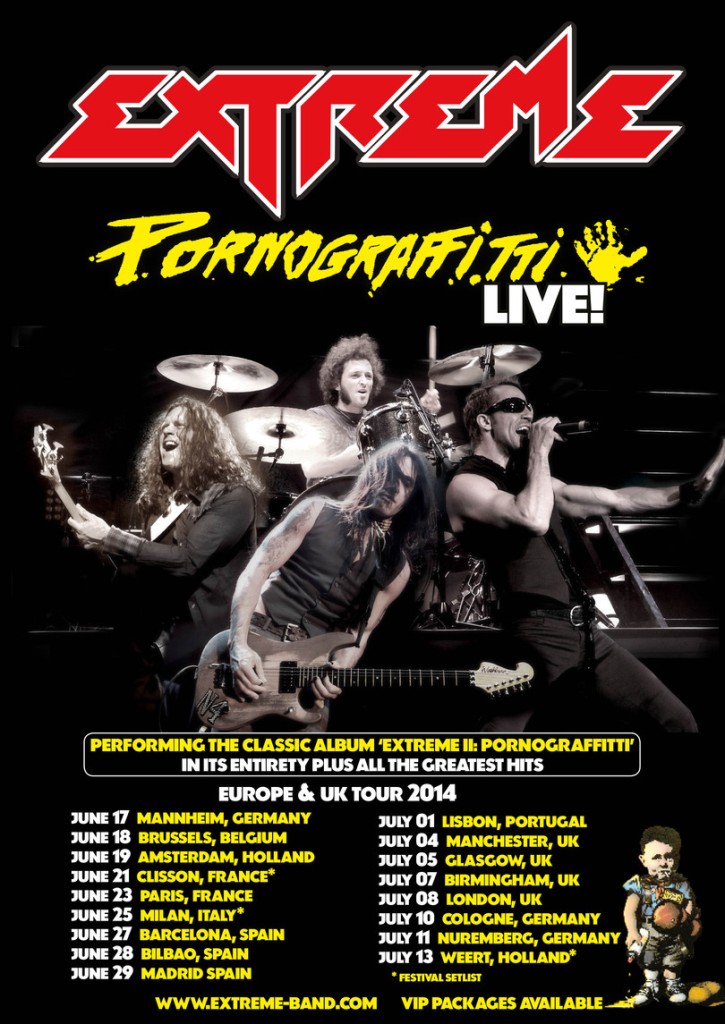 This tour will go to different places throughout Europe and the promotional flyer suggest that the americans did not realise that United Kingdom is located in Europe. For the Lucky italian fans, they got “Aerosmith” included!