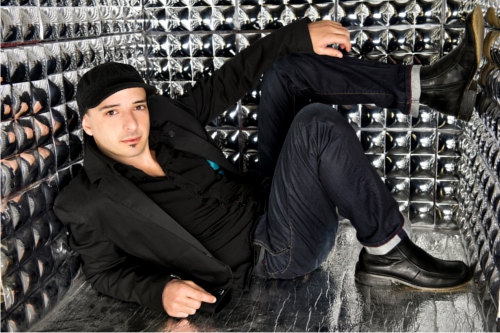 Due to a too busy schedule I have not had time to expand the MAGIC MUSIC MOMENTS with… -section, but from today on this section is back on track.

Let’s get back to the eighties popstar Ivana Spagna (famous Singles “Call Me” and “Easy Lady”). I follow her career from day one and once upon a time she released this track

June 26th 2008 the track was been released and after this Single, I have never asked myself “what happens with Robb Cole”, even I am never wondering what he did before and afterwards, even I really like his voice.

May 21th I get a friendly reminder of his Record Company. That guy made a wonderful song “The Rhythm Of Life”

Such a great talent needs to be promote … so time for some “MAGIC MUSIC MOMENTS with… ROBB COLE”. 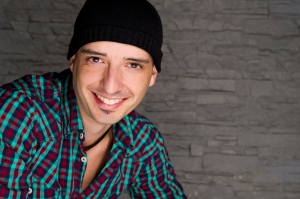 My inspiration comes from the 80’s till to day’s DJ, Dance techno music.
The rhythm of life, is my new single and i’am very proud of it because is written and composed by myself and my team, it is a happy summer song.

Domani e’un altro giorno, was my last album. It was an important album i hade a lot of significant collaborations on it, like Marie Claire D’ubaldo, Spagna, Viola Valentino and many more.
There are many dance songs but also songs with a clear message, like the titel song domani e’un altro giorno, is about discrimination, everybody should live his live as he /she would like to without being attacked by someone else, who’s frustrated.
It’s an important topic for me and i think there is still a lot to do against discrimination, to be more open minded.

My new videoclip The Rhythm Of life, shooted in Rome, on very beautiful locations. Rome is always beautiful i love it.
The video was shooted on different locations around Rome on some hidden places not on Tourist places, because there are a lot of attractive places there to discover.
We hade a new jung team for the shooting and it was very fun.

It was in india, a very special moment because i was invited for some concerts about 10 days on an indian wedding. At the beginning i was uncertain if they like italian music, -my album in 2006 was only italian language– so we accepted the invitation and it was fantastic. A special experience for me, that i would like to repeat.

My Favorite Magic Music Song Of This Moment

Uff… there are so many magic songs in m life at the moment, it’s quit difficult now to pic out only one of it.
I really like listening to ballads like them on my album Indescrivibile,
i decided to go more on dance music with more sun joy brings to the heart,
so I listen a lot to dj mixes and i heard that there are good compilations, in a very positive attitude. I make music that comes from the heart and makes party mood.

My Favorite Magic Music Album Of This Moment

I’ve no magic album at the moment, I hear more individual songs and individual performers I like. I am getting very inspired of happy dance songs.

I have a lot of magic moments, everytime i’m on stage there are some little things who makes the magic moment. It’s always different, some times it’s a song i perform live on stage, sometimes are the fans who makes something for me, the localities video shootings etc….

It will be my new album, we are working for. My heart is bleeding in the current production of the new album, the way there gives me inspiration and a lot experience such powerful moments.

My Magic Music Plans are…

TO be more on tour, i have more individuals concerts at the moment not a whole tour, my big goal, it is to provide a good entertainment with a great show, band and dance show.
We are working on different projects, one is about discrimination, the other one will be a charity event, still in planning affects more Italian region but runs in Switzerland, it will be also a contest.

Anything Left To Say?

Thank the media as they support me and I would be glad if I get more support and commitments of media, organizers, Tv Shows so I can tell also more about my important projects.

Go and watch my new video on youtube, I’m happy about every view for more clicks on my videos so i get more presence, that’s important for an artist more then downloading.
So thank you all.
http://www.robbcole.ch or http://www.facebook.com/robbcolefanpage