Latino Rolf Sanchez made a remake of “Waarom” (Why), a dutch song by Andre Hazes.

LISTEN @ SPOTIFY (the official audio of the track) 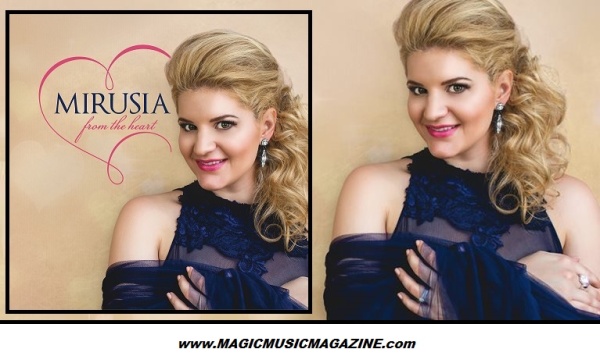 Mirusia gained worldwide fame as the star soprano with Andre Rieu. March 3rd 2017 will see the release of her new studio album, entitled ‘From The Heart’.

The album contains a variety of styles ranging from ‘Geef Mij Je Angst’ (Andre Hazes, also available on the 2013 Live album ‘Beautiful That Way’) to Verdi’s ‘La Vergine Degli Angeli’. It also includes a cover of the world famous song ‘Memory’, which she dedicated to her grandmother, whilst ‘Als Jij Niet Van Mij Houdt’ (Boudewijn de Groot) is a tribute to Ruud Merx, trombonist with Andre Rieu, who past away 2 months ago during the last tour.