Pia Douwes also released her first Solo Album “After All This Time”, featuring Broadway songs like “Rebecca”(ft. Wietske van Tongeren) and “All That Jazz” (from the Musical “Chicago”).

To get in the mood for something rocking good, here is the New Single “Stray” 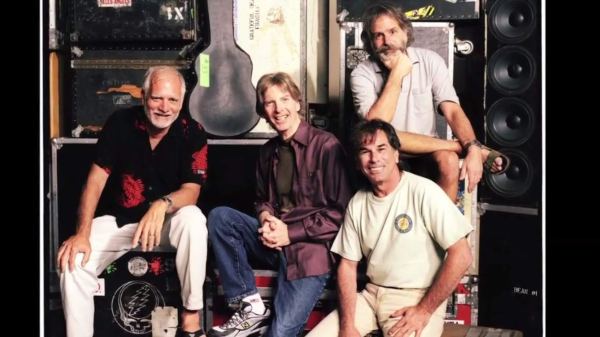 Trey Anastasio (Phish guitarist) and the 4 living The Grateful Dead-members are announching their comeback with three 50th-anniversary shows July 3-5 at Soldier Field in Chicago. The Dead’s last performance with Jerry Garcia, who died in August 1995, was at the same 55,000-seat capacity venue on July 9, 1995.

The great American rock’n’roll band starts, where their story ended 20 years ago.

Dreams came true (some days earlier than expected) The new album “XSCAPE” by Michael Jackson, all because L.A. Reid found “Something Special” is not a “Bad” trick of wrong songs messed up with some clever producers, no this is “As good as usual”.

“Love Never Felt Good” is the openingtrack and this is so extremely beautiful. Everybody should love it. “Chicago” reminds me of “Scream” and “In The Closet” and yes, this is as good as those mentioned songs.”Loving You” fits with his late seventies songs and is very very good as well. “A Place With No Name” has a bit of a “Smooth Criminal”-sound with a rhythm that makes you move and the bridge is so beautiful. 5,5 minutes is not too long (but even too short!).”Slave To The Rhythm” is not a cover of the amazing “Grace Jones”. It is Original as hell. Intro is so incredible with special computer sounds you have never heard before. Actually this is also a refreshing sound. Can’t compare it to any of his older material. Catchy as catch can be.”Do You Know Where Your Children Are” is the song a lot of people have talked about, as this is a track about all the Child Issues he had in his life. An amazing production with so many technical tricks and so stylish. As all the other songs this sounds like “Number One”.”Blue Gangsta” is typical a prove that lots of songs from Justin Timberlake are inspired by Michael Jackson with his incredible backing vocal arrangements.”Xscape”is the final track and this is another dancetrack with all the ingredients we adore so much.

All songs are in an Original version as well (sortkind of Unplugged editions). All magical, but you can only say “Timbaland, Rodney Jerkins” and “Stargate” did an excellent job to gave it a very special platinum touch and everyone who was afraid this is not Michael Jackson, but a rip-off. Dream on … This is IT!

Final track of this legendary upcoming Multi-platinum album is the single version of “Love Never Felt So Good” with Justin Timberlake and his input is just a bonus, but I prefer without and what about you?

UPDATE 13/5: Fedde Le Grand has made a remix of The amazing “Love Never Felt So Good”!

Poster:
– Exclusive Mr. Brainwash poster – Michael Jackson was an early admirer of Mr. Brainwash and they became friends. Now he has created an original piece of art which has been included as a poster with the CD version. 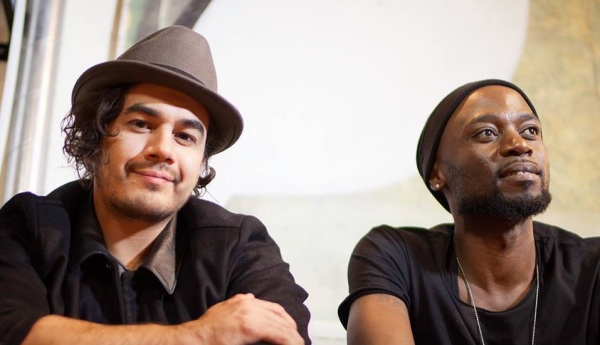 Melodifestivalen-participant of 2010 ( with the african popsong “Yeba” ) Getty Domein and American Idol-participant of 2011 Chris Medina ( who got the highest position in the charts of Sweden and Norway with his debutsingle “What Are Words” ) has an incredible collaboration called “Here Comes The Flood” , Written by Getty Domein,Susie Päivärinta (famous as part of the swedish popgroup Lili & Susie) and Nestor Geli.

The song “Here Comes The Flood” is a beautiful message to the world to take care of each other.

The videoclip ends with those touching words:

“In the Congo, a new-born baby in a basket, abandoned and left to it’s fate, floated down the Congo River. An innocent victim of poverty, AIDS or hopelessness, without anyone wanting to take responsibility. This song is maybe this child’s silent cry for compassion”

Please support this song as Getty Domein will donate money to Denis Mukwege. Mukwege  is the founder and medical director of Panzi Hospital in the Democratic Republic of Congo (DRC) and Chris Medina will donate a part to Childhood.org , a founded by the Swedish Queen Silvia Sommerlath.

We work to prevent violence and sexual abuse of children