Johnny Hates Jazz just present the artwork for their next single “Greater Good” from their magical “Wide Awake” album.

We are delighted to announce that, by popular demand, the new release from the #WideAwake album is GREATER GOOD! Fantastic news is that the track has already created a buzz and has charted already on the latest #HeritageChart! Available from the usual streaming platforms! pic.twitter.com/9hW8ustDUV

Clark and Mike from Johnny Hates Jazz invites you to send in a photo or video reflecting what The Spirit Of Love means to you for their upcoming Official Video for their New Single “Spirit Of Love”. 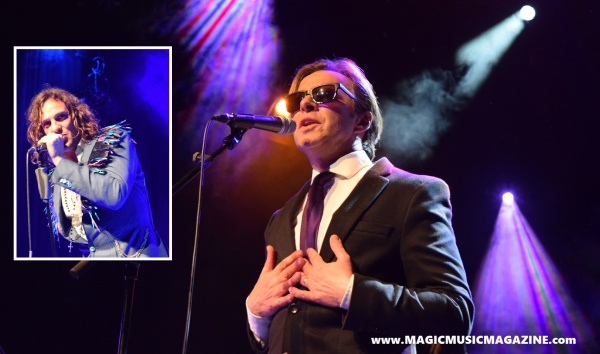 400 tickets where sold at the time that support act Bottles Of Love impressed at 20:30 with their 35 minutes of Poprock, starts with “Baby You’re All That I Want” that made me think “is this not too much Rock for JHJ-fans?”. I think it was the full package of great songs and a great performance with singer Willem Jonker as a fantastic humoristic presenter that makes the almost empty room into a party place.

They did all their Singles from the first “Get These Men Out Of Here” til the last “Keep Your Head Up”, a great cover of “Boys Of Summer” (Don Henley) and the unknown song “25”.

For all the people that enters the evening around 9 PM, you have really really missed something (check http://www.bottlesoflove.com for a second chance) that is going to be huge and listen to their Album “Hush” for more!

After an 11 minute break (Mike Nocito explains after the show: we were well prepared during the soundcheck), Clark Datchler, Mike Nocito and their band came on stage to make the crowd go wild with their “Heart Of Gold”.

You felt the guys love to perform and the audience (which seems to be much more than 400 in the meanwhile) where dancing and singing like we are still living in the eighties with lots of tracks of the first Album “Turn Back The Clock” (“Shattered Dreams”, “Heart Of Gold”, “Turn Back The Clock”, “Don’t Say It’s Love”, “I Don’t Wanna Be A Hero”, “Listen”, “Don’t Let It End This Way” and “Me And My Foolish Heart”), even with the tracks “You Belong To You”, “Man With No Name” and the Singles “Magnetized” and “Lighthouse” of the Album “Magnetized”.

Clark Datchler released some Solo material, like for instance the Album “Fishing For Souls” (1992), he explains that the song of that Album “Broken Spirit” was suppossed to be a Johnny Hates Jazz Single and that is the reason why it is on the setlist during JHJ-concerts.

Recently Chris Cornell (Soundgarden & Audioslave) passed away and Clark talks about all those big names, but give a tribute to Maurice White .This is Earth, Wind & Fire’s “September”.

Clark Datchler has lived in Amsterdam for many years ago and did the concert for “mijn mooie Nederlanders” (my beautiful dutchies) in his dutch designed bonding (not bondage!) Scotch & Soda jacket. Learned dutch with an old-fashioned book and is familar with the Dutch singers “Lee Towers” and “Henk Wijngaard”. This is Clark his cover of Wijngaard his Trucksong “Met De Vlam In De Pijp”.

After the concert there was a meet and greet with Mike & Clark (NOT for 250 euro like other UK acts ;-)) and in case you think the fans waited for an hour…. they only waits a minute for their signature, talk or KODAK-moment!

I really recommend Johnny Hates Jazz and gladly this was not their final concert. Check them out at http://johnnyhatesjazz.com/ for the tourlist including Villa Marina, Isle Of Man and festivals like Mello Festival, Lytham Festival and 80s VS 90s.

My Best of Bottles Of Love. 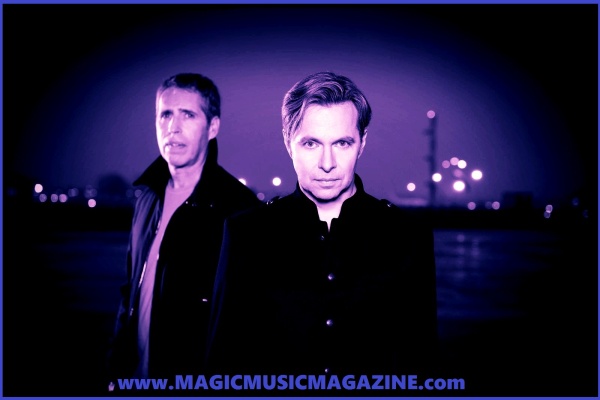 Because I am a lover of silence, I am still not doing lots of magic talks and magic events, but “Johnny Hates Jazz” was visiting my neighbourhood, so can’t ignore that, huh?

Clark Datchler & Mike Nocito returned in the music industry a while ago and surprised the world with an incredible Album called “Magnetized” in 2013 featuring the excellent title track amongst other songs like “Lighthouse”, “Man With No Name” and “Release You”. 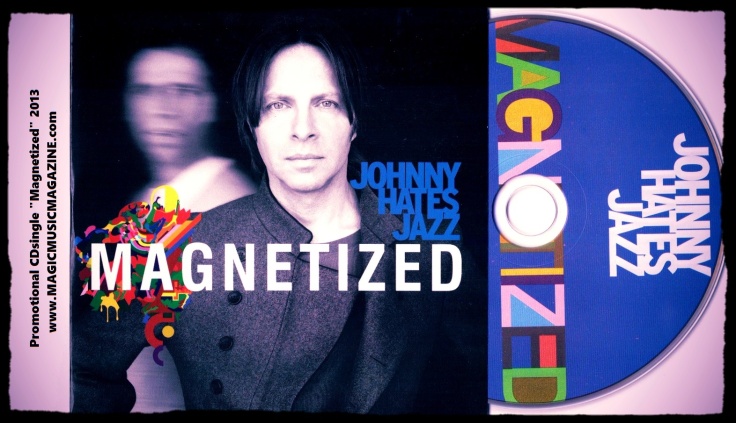 I remembered that I was checking the Facebookpage if there was something coming up in the Netherlands, but then a couple of weeks Clark did not post anything and then explain the drastic silence. The charismatic singer collapsed in London, was diagnosed with a rare form of cancer, which can’t be treated by chemotherapy and with an operation can be beaten maybe. Luckily the doctors gave Clark his life back and is ready to make people happy again with his beautiful voice together with his band mate Mike Nocito. 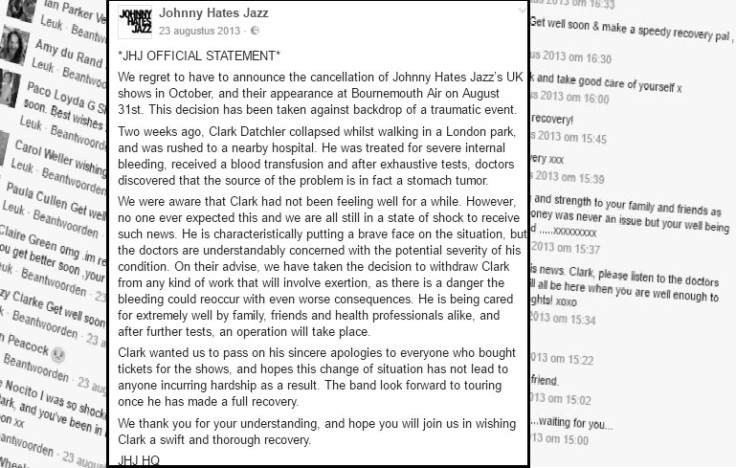 I met the two legendary very friendly easy-going popstars at Tulip Inn Hotel in Hilversum, after their live performance of “Turn Back The Clock” with JHJ guitarist Marcus Bonfanti at Gerard Ekdom’s radioshow “Ekdom In De Ochtend” and just before their soundcheck for their concert at Podium De Vorstin. The support act for the night was Dutch band Bottles Of Love. 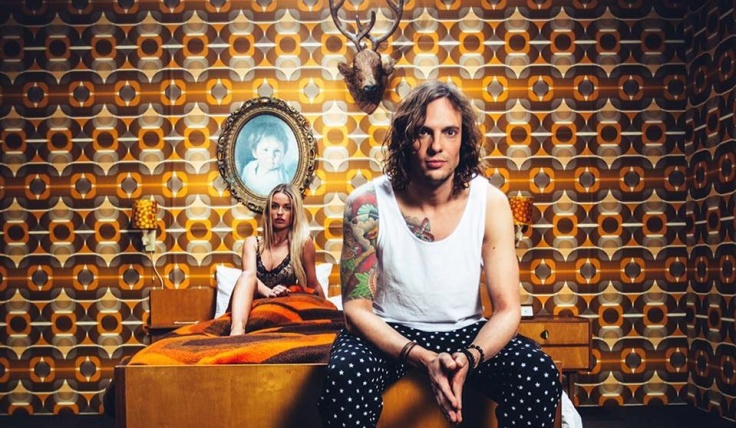 WHAT HAPPENED TO CALVIN HAYES?

Calvin is in the States and left in 2010. He has family there. 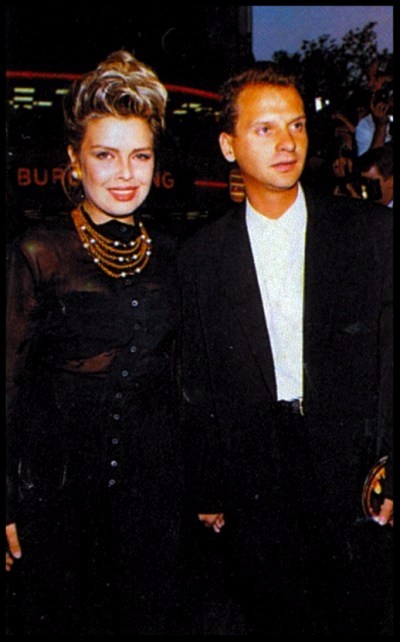 (Calvin was dating Kim Wilde in the eighties)

There was a very bad car-accident with the singer Phil ThORNalley (who replaced Clark Datchler and co-wrote Natalie Imbruglia’s “Torn”). We started promoting the second Album (“Tall Stories”, 1991) and the car flipped over and Phil almost had his arm cut off. Terrible timing but luckily nobody died. After the car accident no one wanted to continue. We all have producing and engineering backgrounds, so we had other things to do anyway.

CLARK, HOW WAS YOUR SOLO EXPERIENCE?

All the independent record labels from the fifties, sixties, seventies and eighties were sold and bought by multinational cooperations, like Virgin, which was sold in 1993. We were a part of that and the way they invest in musicians completely changed. My reaction was that I wanted to leave, wanted to do something totally different. I went down to a city called Bath and did my own thing at Peter Gabriel’s Real World Studios and did lots of recordings with no commercial ideas as the doors where closed anyway. Somewhere in the 2000’s we were welcomed back.

Datchler wrote “Magnetized” and was pretty clear “this was a Johnny Hates Jazz song”. He called Mike after not having been in touch for 22 years and did not say anything about the song, but it gave him an excuse to call. It felt like they spoke just a week ago and to him it was only a matter of “who picks up the phone first”. 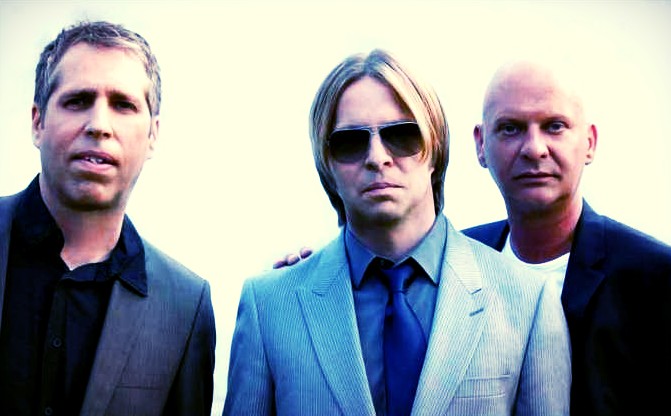 The reason for the success was a combination of “it is just a good song” and especially in the UK “it sounds like Johnny Hates Jazz and it is Johnny Hates Jazz”, so they played it immediately.

WHEN IS YOUR UPCOMING NEW EP OUT?

There is a new EP coming out and that is all I can tell you. It’s gonna be great.

Mike : it will always be “Shattered Dreams”, It’s the first, and it’s a good pop record. In America it’s played 3 million times. One radio station played it 24 hours a day for 24 years.

Clark (can I pick two or three) : “I Don’t Wanna Be Hero”, just recorded it in an Acoustic version for the New EP. A very different version with Piano, Bass and Cello. On the orginal “Turn Back The Clock” Album, everyone felt like they did not do the recording right.

On the “Magnetized” Album, “The Road Not Taken”, a favourite autobiographic song which can refer to anyone. It is really me asking myself the question what would life have been if I made other decisions.

WHAT IS YOUR FAVOURITE MAGIC SONG OF SOMEONE ELSE?

Mike : I Like “Fire & Rain” James Taylor (Mike could tell that I wasn’t familiar with this song, eyes don’t lie 😉)

Clark : I really love “Forbidden Colours” Ryuichi Sakamoto & David Sylvian, it was a theme of “Merry Christmas, Mr Lawrence” with David Bowie. A big hit in the eighties and is a beautiful piece of music.

Coming up a review of the concert of Johnny Hates Jazz, the band that deserve to conquer the world once again with their “Heart Of Gold”.

My Best Of Johnny Hates Jazz. 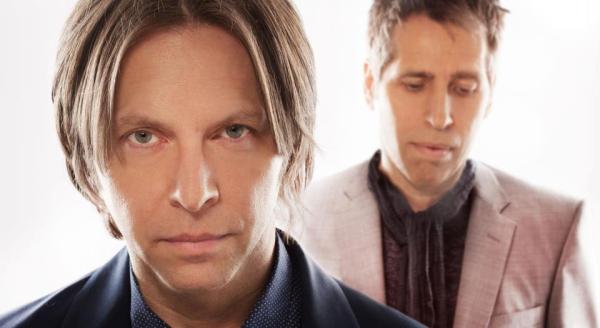 Some acts should not allowed to dissapear out the spotlight. One of those is Johnny Hates Jazz. In the eighties amazed everyone with singles like “Shattered Dreams”, “Heart Of Gold” and “Turn Back The Clock”

After too many years silence, they surprised me in 2013 with a brand new album, that is really one of the best albums of that year! With the single “Magnetized”

Now they release the follow-up single “Lighthouse” with Acoustic versions of their hits “Magnetized” and “Turn Back The Clock”.

TURN BACK THE CLOCK – CD