Hillsong Worship released their Deluxe Album “Let There Be Light”.

The Album contains “What A Beautiful Name”.

The New “Candy” by Die Antwoord will be “Gucci Coochie” (great title!).

The Single featuring Dita Von Teese, The Black Goat and God and is on their Mixtape “Suck On This”.

Die Antwoord New Single “Dazed & Confused” featuring God and has a New Mixtape coming up with the interesting title “Suck On This”.

Tye Tribbett and Michelle Williams (both singing “Fall” on Michelle’s latest Album) from Destiny’s Child were headlining Bimray Gospelfestival Amsterdam last Sunday, but Tye Tribbett cancelled his show, but that does not matter at all, because it was a beautiful “Holy Sun”nyday!

The show starts at 3 PM, because some people has Heineken Music Hall all by themselves for a workshop with… the R&B Goddess herself Michelle Williams.

While the audience were swinging on Berima Amo and Turning Point Choir and Classic Meets Gospel, a few people are the lucky ones to meet Michelle Williams in private. One of them was me. Eeuh yes, really! The chicks from “De Kippen” (De kippen means chicks 😉 ) were so kind to gave me that opportunity and it was all worth to wait for.

The colourful girl in black was sitting at a chair in a way that you think “she is my sweet neighbour”, but her charisma makes the difference! Shine like a star and interested in everyone and try everything to make people feel like we were at home in stead of the regular hysterical chaotical press conferences, that you really needs to push everyone aside and scream to get attention.

Michelle become famous with “Independent Woman” in 2000. While her former colleagues Kelly Rowland and Beyonce Knowles are still comfortable with their sexy outfits (less is more). Michelle is without those kind of sexy clothes, maybe the most sexy lady of them all as it’s all in her eyes and her lovely smile!

Her latest Album “Journey To Freedom” sounds like a Pop Urban record as she don’t want to make a Gospel Album that sounds depressing.”It sounds like fun,upbeat, like House, Dance and EDM, comparing to her Dance Pop Album “Unexpected”, that caused a duet with Dance Diva Naté and for me my personal favorite song “Waiting On You”

Back to Gospel, Michelle got ofcourse favorites, Trevor Green. listen to “Lonesome Road”, available from his “Collide EP”

Michelle Williams is very social. She is able to gave everyone some love and not only us (that there was no opportunity to asked her for a “Magic Music Moments with…-report” was to me no problem, but especially not when I see her way she wants to divide her time with so many people). The sweetheart jumps on stage at 9 PM after singer Nicole Bus introduce her and she makes the crowd go wild to prove that “Gospel is NOT Depressing” with “Watch Me Praise Him” (Originally by Voices Of Unity). Her one hour show including her first Single “Heard A Word” from her Album “Heart To Yours”, Destiny’s Child’s “Survivor” and “Say Yes”. The latest track she invite the Workshop-participants to join her on stage and they all were smiling and dancing like they just heard they won the jackpot. Also she sang some Christmas songs in a very unique pure way.

In case you think that Michelle “Can’t Do Better than that”, I have some news for you! She ends with her latest Single ” Believe In Me” (a request by someone on Instragram, who was attending the show) and a lovely lady next to me are really wondering “Is it true, she climb off stage to come in the audience”. Yes, she does she make a round full of heavenly love and leave the crowd bewitched.

After I watched the latest act “Troyson James en The New York Gospel Singers Show” someone from the organisation was running to me. She asked me how everything went and that she was so sweet to have the time for everyone behind the scenes.

God is love and Michelle knows how to express!

Special thanks to Communicatiebureau De Kippen and Heineken Music Hall for the wonderful support!

Joey Feek, just 40 years old and in a battle of terminal cancer is saying today “I pray that one morning I just don’t wake up”

The religious star gave her hands to God and is waiting for her final destiny in a Hospice since last week, surrounded by her husband and their daughter Indiana, just 20 months. Heartbreaking!

Since May 2014 Joey is battling with Cervical Cancer and underwent a Radical Hysterectomy. At the end her tumors grew back and the aggressive treatment does not worked out the right way. In October the Medicial team of her thought she has 6 months to live, but unfortunately she won’t make it.

The love couple is active in the Country-scene since 2008 and released seven Albums and ten Singles. the latest one is “Gotta Go Back” in 2013.

To support the family, let’s make “When I’m Gone” number one!

Country Classics: A Tapestry of Our Musical Heritage May 2014 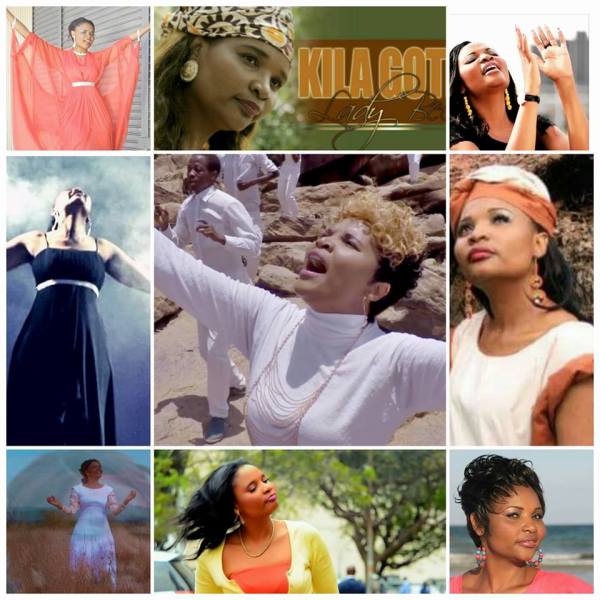 On her Birthday, Lady Bee got a beautiful message to all of you…

“As you listen to this song,may His grace and mercy be upon you..If you haven’t given your life to Christ,dont waste your time,life🙏Come to Jesus,He loves you…..Lady Bee-Hakuna Kama Wewe”

About her surviving of Cancer, Kathy Phillips released a Full CD with the incredible title “Renewed Peace”. In 10 tracks she tells you her story about the Health battle.

Her Single about Cancer “Closer Than A Prayer” is not included, but beaware that this is the best Gospel Album you can get this year!

Kathy Phillips did recently (October 4th) participate in “Run For The Cure” by The Canadian Breast Cancer Foundation.

The Harbour returned after their first Single “New Tattoo” with 4 Gospel Rock – songs : “See The Kingdom Coming”,”God Be Praised”, “Kingdom Coming”, “To Be Like You” and “We Sing”