During my Magic Music Magazine-period I get in touch with several New Singles by Sybil, but…. Sybil is NOT Sybil. Spotify loves to make people happy with nothing, but this time, her New Single “Together You & I” is really THE Sybil with her Four Kings.

The original track is by Dolly Parton. 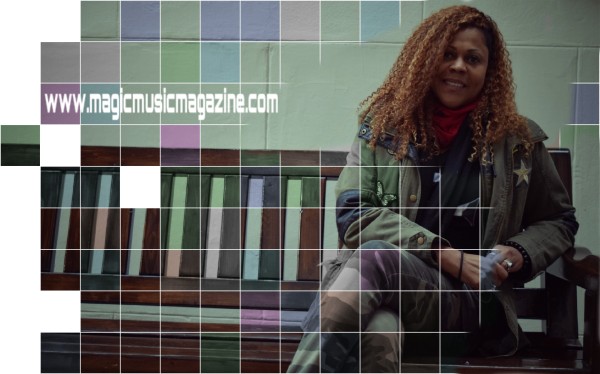 During Amsterdam Dance Event, I have the opportunity to meet our “Gypsy Woman” from the nineties popstar Crystal Waters at Dylan Hotel, so I take the train for a speed date.

There was high security around me. While I was waiting for my Magic Moment, I saw DJ’s Hardwell & Afrojack making their fans go wild when they came out a boat and behind the overprotected gate Crystal Waters where already there waiting for her manager and me.

Back in the day, Crystal Waters wrote In 1988 “Gypsy Woman” and “Makin’Happy”. It took 3 years to get her first written songs signed by a Record Company with the support of some DJ’s.

The last 5 years Crystal Waters was at ADE and now she is back at the same time her Single “Believe” is out and brought her friend Kristine W (which released recently her New Single “Out There”) to Holland to show her that ADE is really something to experience as artists like her.

Waters performs at Café Schuim on October 20th, 2016 alongside StoneBridge, Sted-E & Hybrid Heights, Mr.V, Olav Basoski, Alex van Alff, Kid Massive and Paige with the “IAMHOUSE”event. According to Crystal “it was great”.

The next day she did a Songwriterscamp for Spinnin’Records / Ultra Records with Trobi (?), a new kid that was amazing at the studio and she is excited for the final results.

On the third day she did lots of press, like this interview, where she was telling me some details about her upcoming New Album “IAMHOUSE”, which will be a collection of divers house-styles like Commercial House, Deep House, Underground House and Dark House. She wrotes 14 tracks and make the melodies, while producers provide the music featuring StoneBridge, Sted-E, Jesse Saunders and some new folks (nicknamed Next Years Generation). She will pick 9 or 10 tracks, which will set to be released around February 2017.