Swedish singer Kim Cesarion released his New Single “Plåga mig”. Check it out at my playlist. 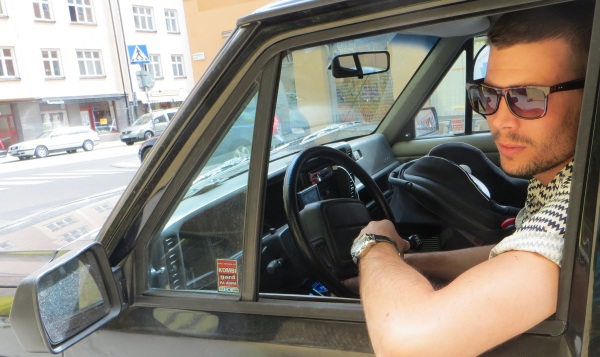 March 2009 I had my first Swedish Supermarket (ICA) experience with DaYeene-singer Diane Soderholm at Shopping Center Ringen.That year Robin Bengtsson was busy with trying to start off his career.

More than 5 years later I am back in front of that same ICA called “Café Chateau”, this time to have my first International Magic Music Moments with… – experience with B Robin.

A singer I discovered through the internet awhile ago with his catchy “I Don’t Like To Wait”, the song that is conquering the USA right now as it’s on the playlist of the Starbucks coffee company. Also “Ambercrombie O Fitch” (Abercrombie And Fitch), “Hollister” and “H&M” make their customers move to his beat.

His most recent Single “Fired” is with the successful singer/songwriter J-Son, that worked together with Eric Saade for his music.

A funny misunderstanding was that Robin thought that this was mend to be for Holland, but as a Swedish singer/songwriter you can’t make it to the spin-off http://www.magicmusicnlmagazine.com ;-).

Unfortunatelly I forgot to ask him to record a movieclip for the YouTube-channel, but maybe next time?

Robin Stjernberg, we love exactly the same style of music and writes a lot of songs together. 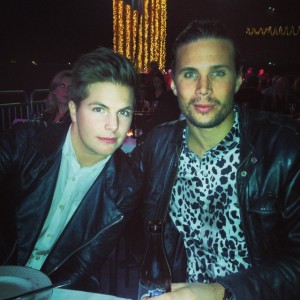 I Don’t Wanna Be – Gavin Degraw. His first hit single. That song is what music is all about. Showing who you are in lyrics, combined with powerful melodies.

Gavin Degraw;s debut album “Chariot”. I have him to thank a lot for that album. Made me wanna write my own stuff.

Tony Bennet and Stevie Wonder – For Once In My Life. Liveclip from YouTube, gives me goosebumps every time!

Kelly Clarkson in Stockholm 2008, she was amazing. The day after the concert I auditioned for Swedish Idol 😉

MY FAVORITE MAGIC MUSIC SONG OF THIS MOMENT

Kim Cesarion – Can’t Love Nobody. Really talented Swedish dude who has found a sound to die for!

MY FAVORITE MAGIC MUSIC ALBUM OF THIS MOMENT

An old album by Marvin Gaye with the Demo-recording of “Lets Get It On”. Music at its finest!!

When my first single “I Don’t like to wait” made it to the Swedish radio charts. Felt so much love from everybody and after all that work that I had put in to it, that feeling is unbeatable!

First gig on my very own B Robin tour. Been dreaming about that for so long.

MY MOST MAGIC MOMENT IN MY LIFE

When my son William was born in November last year. Words can’t describe that magic.

MY MAGIC MUSIC PLANS ARE…

To write an entire album for myself after this EP, and to make it outside of Sweden.

ANYTHING LEFT TO SAY?

I wanna say hey to all my dutch fans, I have no idea how many or few you are. But I can’t wait to come and play live for all of you.

I wanna thank Magic Music Magazine for taking interest in my career and helping spreading the words of B Robin! 😉 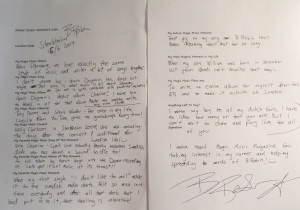 One year later he has the follow-up of “Brains Out” , the third single “I Love This Life” with a catchy “Whoo-hoo-oo”