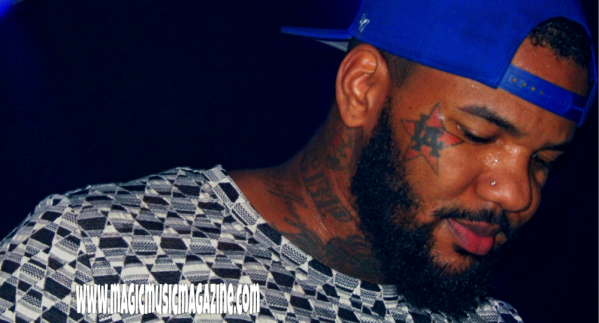 Rotterdam got a new Concert Venue Annabel and has “The Game” as eyecatcher yesterday.

In a very small hall for around 500 people was a DJ playing hiphoptracks at 7 PM. He did not concentrate on the Westcoast music, but also the compatitive Eastcoast-side.

8.15 PM Woodie Smalls from Belgium arrived on the main stage, just one day after they support Mobb Deep. First the DJ, than the leading man and than the Backup MC (usually it’s the other way around).

They did several tracks like the Single “What If”

You need to be patience to see Madonna, but The Game is much later. 10.30 PM his entourage arrived on stage and start the Soundcheck. Rapper Marcus Black introduced The Game, which seems to be that he along with his Backup MC AR could not wait any longer as welll.

To give his fans what they wanted including his hoodie, he wore during the show given away to a lucky fan. Also he exchanging bandana’s with his audience and make some footage with phones and handycam of his Dutch fans.

Woodie Smalls, Marcus Black, The Game and others made it together a memorable evening at an incredible new place for music events.