En Vogue are impressive in the music business for 30 years. They were “Born To Sing” and it’s so long ago they made the world fall in love with their “Hold On”.

After their Single “A Thousand Times”, En Vogue is back with their “For The Love Of Music”-tour and the New Album “Electric Cafe”.

My Best Of En Vogue 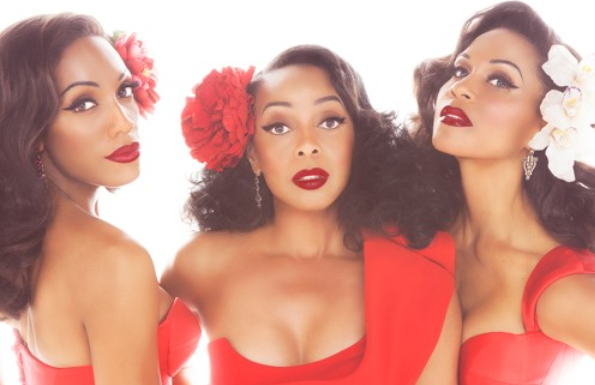 The rumours are true… En Vogue is back with New Music. This is a “Deja Vu” of their Magic.

The first song with Rhona Bennett.

Day before yesterday and yesterday R&B trio En Vogue gave two concerts in Holland after a long silence. Around the nineties foursome is a lot of negative vibes circulating by the bandmembers themselves ends up that Dawn Robinson and Maxine Jones stands at one side and Terry Ellis and Cindy Herron at the other side. Last piece contains the music together with Rhona Bennett, which continue her solo-works after a long while with her New Single “Take Me There”

Back to the legendary Funky Diva’s. In Utrecht the concert did not sold out, but in Amsterdam the tickets were sold by storm.

Around 8.45 PM the beautiful black women came on stage and sang Smash Hit “My Lovin'” and others.

When the lights go out, En Vogue sang “Don’t Let Go” and recognise some fans in the audience. They announced their Comeback Album and Paradiso go wild, so Miss Herron taking her phone and record the moment. Afterwards they sang their classic “Give Him Something” and starts interactive again with some talking with the audience and asked some lucky ones to join them on stage and gave them a “piece of love” with dancing, singing or something else combined with a snippet of the track ” Piece Of My Love” Original plan was some guys only, but a girl called herself “5th member of En Vogue” and make the crowd laughing with that statement.

En Vogue did not do only their own songs. They did some Whitney Houston and Tina Turner music and ends the show with “Don’Go” and ofcourse their breakthrough “Hold On” and “Free Your Mind” as the final.

Rhona did a very good job to fill in the shoes of two Funky Diva’s in a show that was very basic.